Over the last few days, I built another DokuWiki plugin. It's called PanoView.

The plugin allows you to embed really large images into your wiki pages without clogging people's bandwidth. The feature works similar to Google Maps. The large original image is sliced up into several smaller tiles. Only visible tiles are downloaded. The image can be panned and zoomed.

This might be useful to display construction drawings or medical photos, but works great for panorama images, too.

For better understanding, just have a look at the example below (RSS readers need to click through for the JavaScript version). 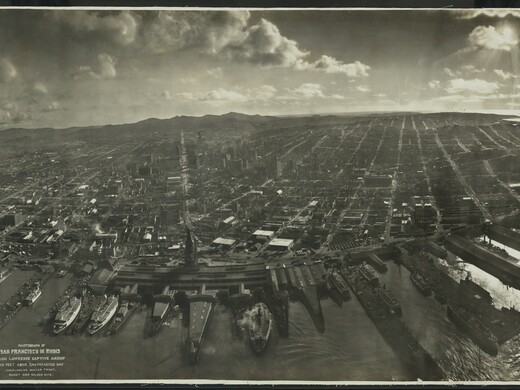 The image shows San Francisco after the big earthquake in 1906. The original scan is a 156MB TIF which I converted into the 13MB JPEG shown above. The image dimensions are 11709×4716 pixel (about 55 Megapixel).

The image tiling is done on the fly when viewing an image in the PanoView plugin for the first time. Subsequent view are served from cache.

The plugin is available here: plugin:panoview.