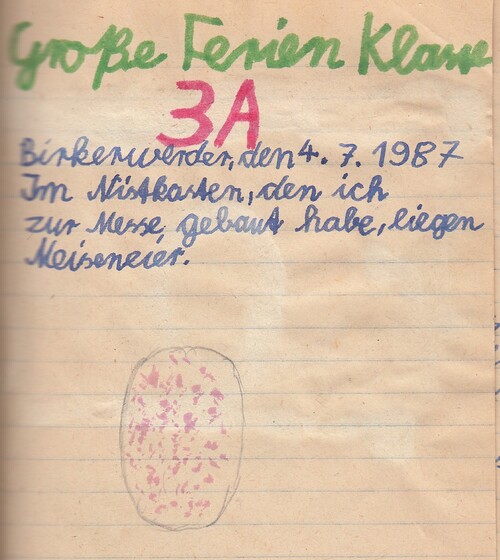 There are tit eggs in the nesting box I built for the fair.

The mentioned fair was our school's incarnation of the “Messe der Meister von Morgen” – “Fair of the masters of tomorrow”. It's probably somewhat similar to the science fairs American schools do, but less focused on a science project. More like a tiny maker's fair.

And apparently I built a nesting box in my dad's workshop (most certainly with a lot of help from him).