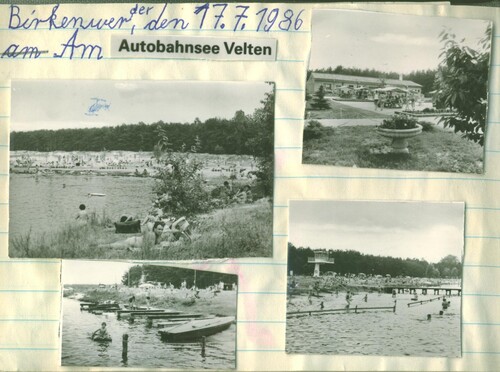 At the Autobahn Lake Velten 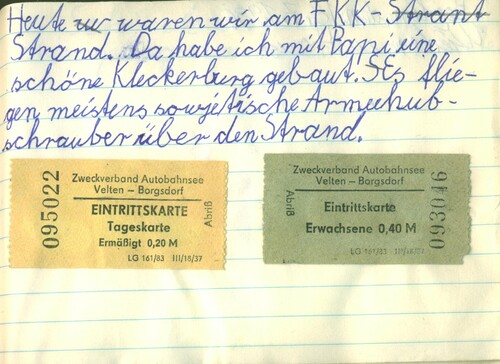 Today we've been at the nudist beach. There I've built a beautiful drip castle with daddy. Usually Soviet military helicopters fly above the beach.

. It was simply an old gravel quarry that turned into a lake and happened to be located very close to the freeway. Today maps show it as “Bernsteinsee” (Amberlake).

And yes it had a large nudist beach, basically one side of the lake reserved for it. For some reason, nudist beaches where quite popular with the people in Eastern Germany and so it was with my parents.

Now this should explain the Russian helicopters as well. A lot of Russian military was stationed around Berlin and patrol flights were probably a common task. So if you're a Russian soldier that rarely gets out of his barracks and you have a chance to fly your helicopter just a tiny bit to the left for a chance of seeing some nude girls… I know what I'd have done

. And as far as I remember nobody really cared, except for the annoying noise. Not that anyone could have done anything against it anyway, of course.

BTW. going to the beach was a major effort. My mum prepared food and drinks (usually self made lemonade or iced tea IIRC) a day before. Food, towels, my beach equipment (shovel, buckets, fishing net, …) and everything you might need was then tightly packed on our bikes and we started early after breakfast.

I just traced our route as good as I remember it on Google maps - it's nearly a 5 and half kilometers ride. Half of it goes along dirt paths at the Havel: 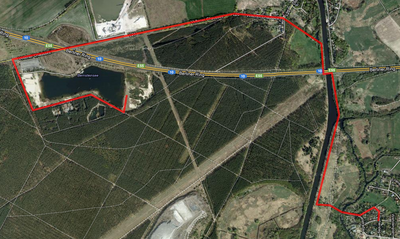