16 months ago I blogged about…

I own two 24“ 2443BW Samsung screens from 2009. They still use DVI instead of HDMI but otherwise they are perfectly fine monitors. That is until yesterday, when one of them suddenly turned off and refused to show any sign of life.

After the proper amount of swearing, I disconnected it and carried it down to the workshop with a vague sense of fixing it.

I assumed the power supply died and thought it must be possible to replace that. So I googled for “2443BW replace power supply” and came across this video by RoadKillElectronics:

The video explains that usually not the power supply but some capacitors on the logic board fail. The symptoms they described matched mine exactly.

Opening the monitor is relatively easy. Just as they say, prop a screw driver in the middle, then wiggle a second one in a bit to side, then move over the first one. Work your way around the frame and it should pop open the plastic latches one by one. 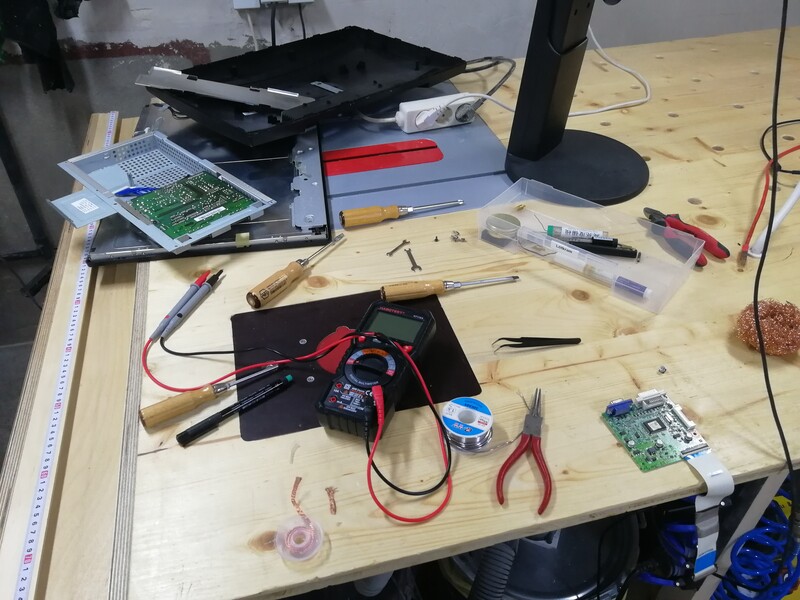 In the video they use an ESR meter to determine the faulty capacitors. I had no idea what an ESR meter is so I poked at the caps with my multi meter and one of them seemed to behave different from the others so I desoldered it and ordered an assortment box of capacitors from Amazon.

Then I read up a bit more on ESR (I know my order of operation is a bit whack) and realized that I do own a ESR meter.

A good while ago I had bought a component tester from AliExpress. It's actually quite magical. You connect any odd component, push a button and the LCD screen tells you what the component is, its important values and which connector is which. Really amazing. And it does ESR readings for capacitors. 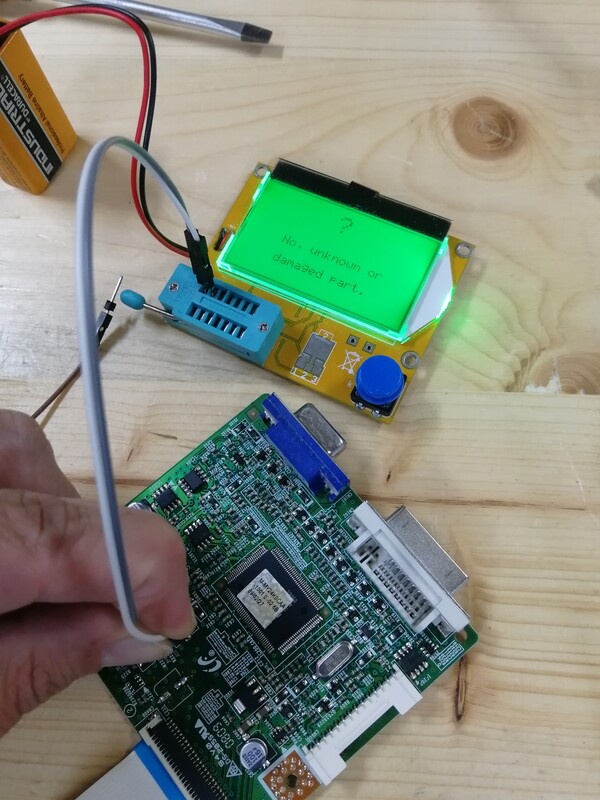 I checked the desoldered capacitor and it turned out fine. Doh. So I tested the remaining ones and indeed found a dead one which I also removed. BTW. desoldering is indeed easier when you add little fresh solder (leaded rosin core) first and let it mix with the industrial lead free stuff.

Note: before testing, the capacitor needs to be discharged. Just shorting it with a jumper wire will do.

Fast forward to today, when my Amazon order arrived and I soldered in two 100µF 25V capacitors. 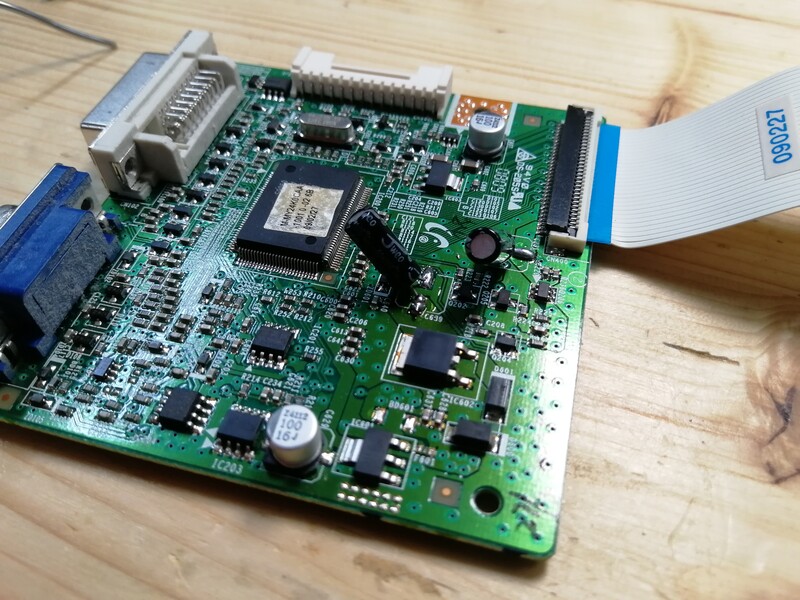 I put the logic board back in, reconnected all the cables, did a quick prayer to the electronics gods and plugged in the power cable… and I was greeted by the little blue LED and a nice “No source found” on the screen.

Complete success. And my monitor is back with its brother1). 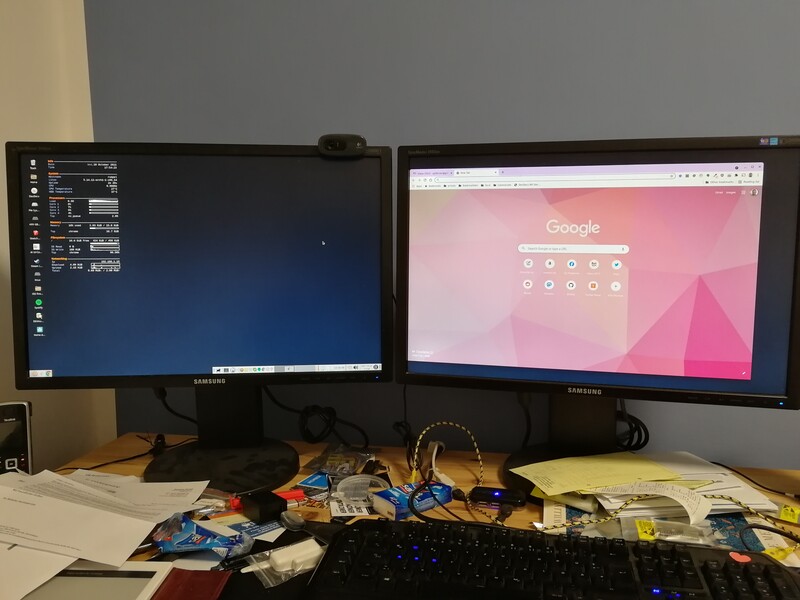