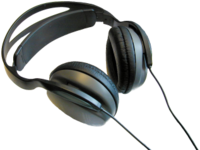 Talking about music is never as good as actually listen to it. This is even more true for blogging about music. So how can you add some music to your post?

With the RIAA's and similar group's lawyers running amok you don't want to just post some MP3s of course. This could get you into serious legal trouble.

The solution is to use an online service which does it's own deals with the music industry. This post introduces 4 free music sites which let you stream their music through an embeddable Flash player.

As an example I looked for some music that would have matched last year's post about my Skatalites concert visit.

last.fm was my first guess. Their main business is to track what you play in your desktop player and then make suggestions on music you might like, too. But they also have streaming music.

Unfortunately you can not create your own playlist. You can also not play music by just one artist. Instead it plays “neighbor radio” - songs by artists with a similar style. The player on the left will probably play only one Skatalites song and then will continue with similar Ska bands.

Not ideal but at least some related music. And last.fm exists for quite a while, they should have their base covered with the music industry.

Project Playlist is a service currently in beta. Their interface is really bad and it takes many, many clicks to create a playlist. Adding some AJAX would really improve the experience here. But they have quite a nice choice of available tracks.

This is not a surprise because they do not host the music them self. Instead they just index music that is provided for free on the net. How this exactly works and what they do about illegally uploaded music is described at their about page (In short: deals with major record companies and quick DMCA complies).

But keep in mind that songs may vanish from your playlist when they are no longer available at their original source.

Deezer is a French based company. They have some deals with the music industry as well. Their interface is very slick and good looking. Unfortunately it is completely in Flash

Even more annoying are the little bugs in their service. Eg. a search on “Skatalites” returns quite a few results. But even though I added six tracks to the playlist, the widget here does only show two. And instead of showing track titles it only displays the band name - not very useful. I also found the player needing quite some time for buffering before a song starts to play.

imeem is the third site I looked at. Like last.fm they do much more than just provide streaming music. But I hadn't a too deep look at that because I was interested in the playlist feature.

Their interface is much more bearable than Project Playlist's one but still not as slick as the one from deezer. They recently did a few deals with major record companies, so embedding their music should be relatively save against sudden losses.

All four services provide an easy way to add music to your blog by embedding a flash player. The colors of the player can be easily adjusted in each of these services.

Of all four imeem seems to be the one with a most usable feature set for adding customized playlists to your posts. If you just want some general music style but don't need to have a fixed set of songs, last.fm is probably the best and most reliable choice.

Do you know of any similar services? What do you use when you want to add music to one of your posts?