6 months ago I blogged about…

From a recent project, I had a whole lot of weird off-cuts of rough construction lumber left. I hate throwing away wood, so when Kaddi asked for a small side table to use with the lawn chair I knew what to do.

Each off-cut had an angle cut, so the idea was to arrange them in a circle. But since the cut had been done with a handheld saw at a weird angle, they didn't really line up: 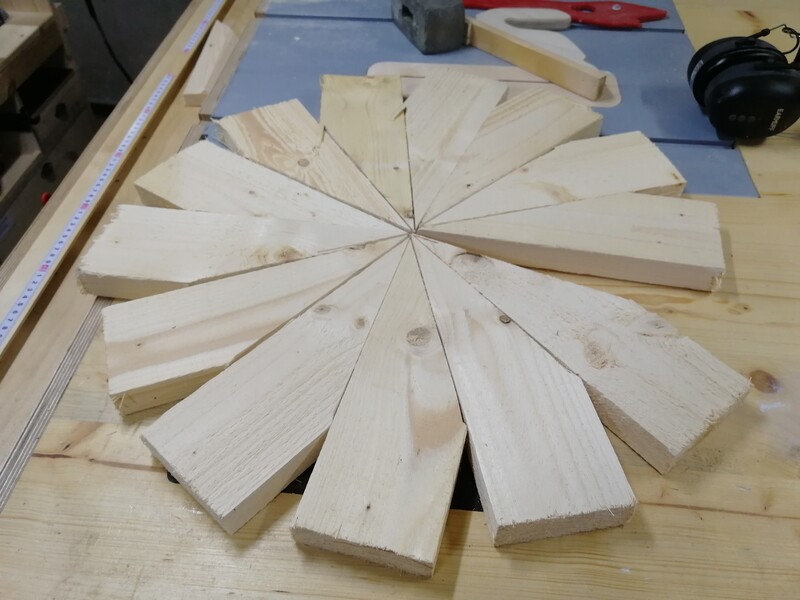 Of course, the first step was to run all pieces through the planer, over the jointer and finally the table saw. 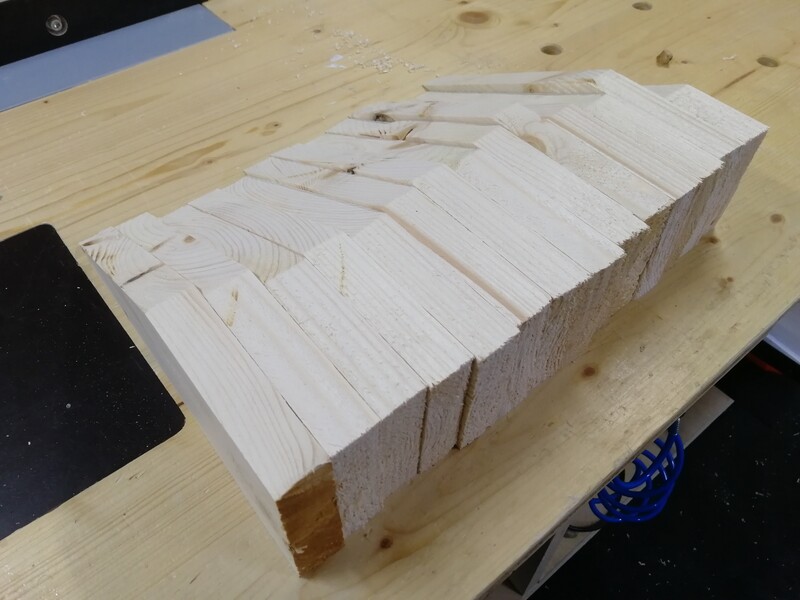 I decided to do a 30 degree cut for assembling 12 pieces into a circle. But cutting angles with less than 45 degrees on the miter saw, requires a jig. So that's what I built next. 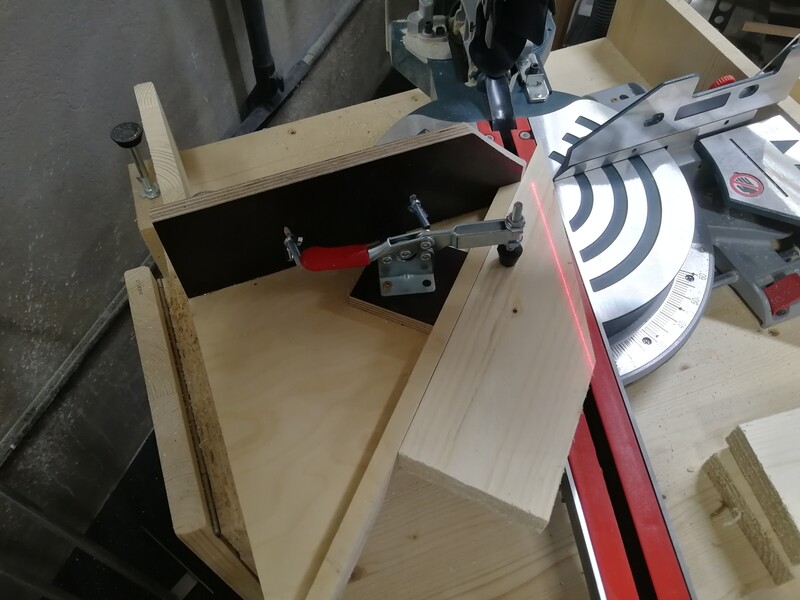 All pieces were glued together using water resistant wood glue. I first assembled two halves of the circle, then glued those together. 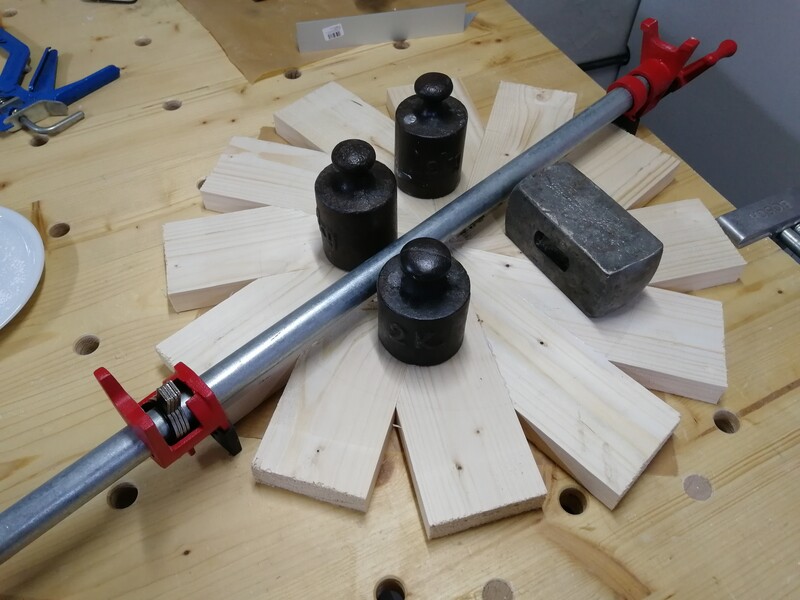 Then it was time to cut the circle. The first half was done with the router. Then the jigsaw cut all the way through. A flush trim bit in the router table using the first half of the cut as template made the circle perfect. 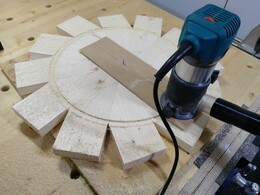 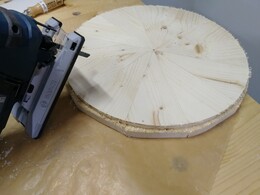 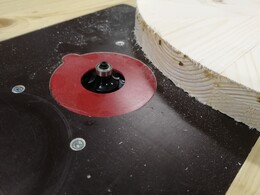 For finishing I bought outdoor stain. The color was called teak. This is the product photo and what it turned out to look in reality. 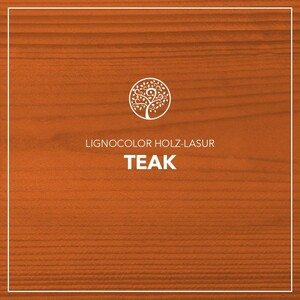 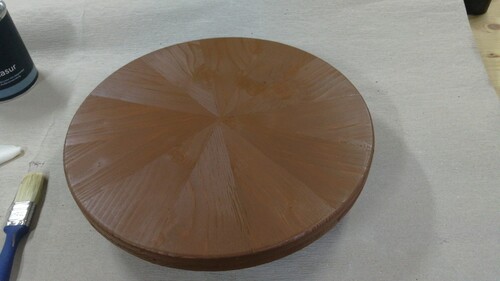 Yes. It looked like poop. So after a good bit of sanding, I decided to use the stain we had used for the hedgehog home instead. 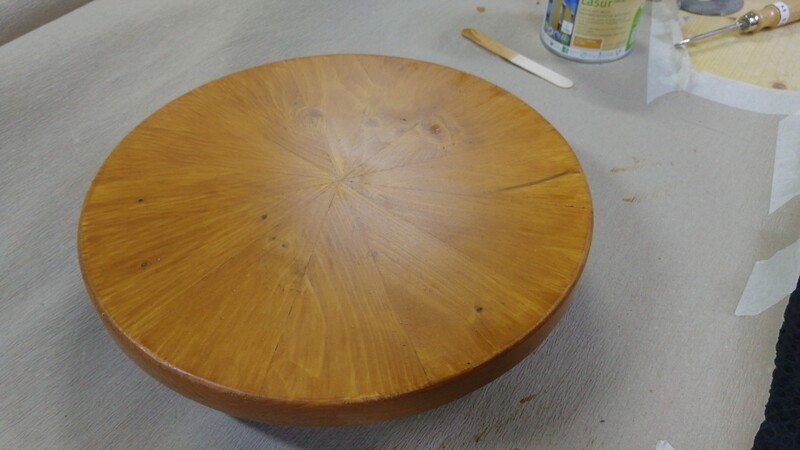 Next was the feet. I decided to recycle some IKEA wardrobe rails. Simple steel tubes that have M6 nuts in their ends. To attach them I made a few 3D prints. 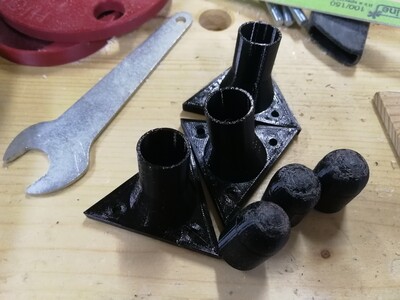 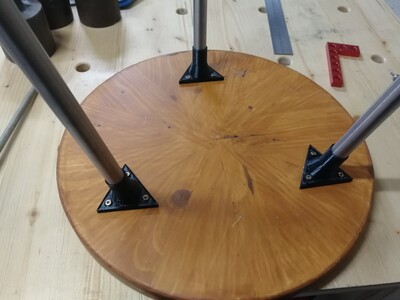 And that's the story of the scrapwood side table. 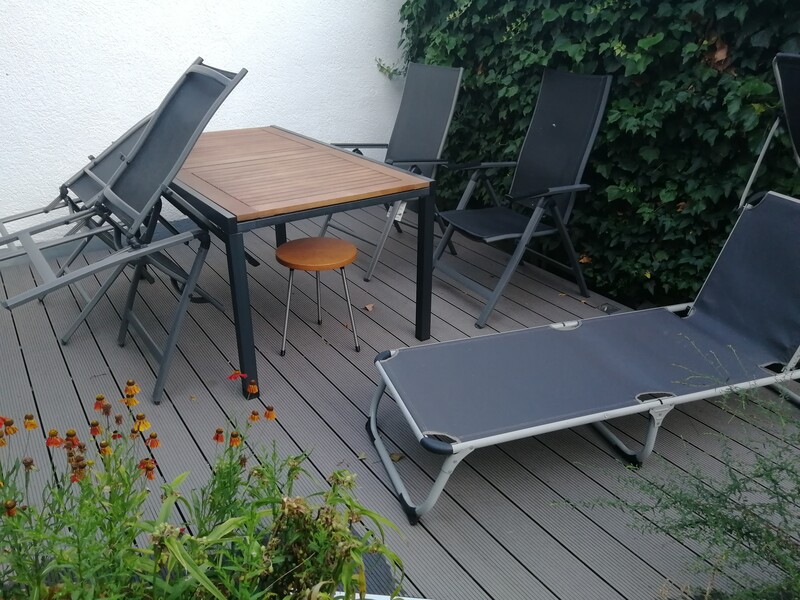