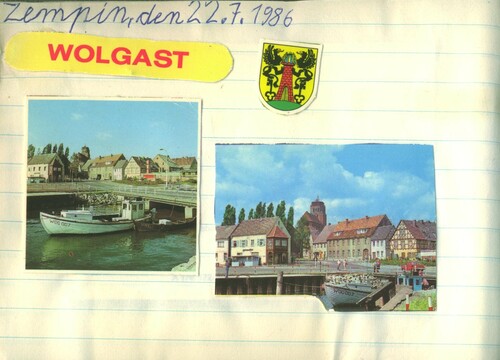 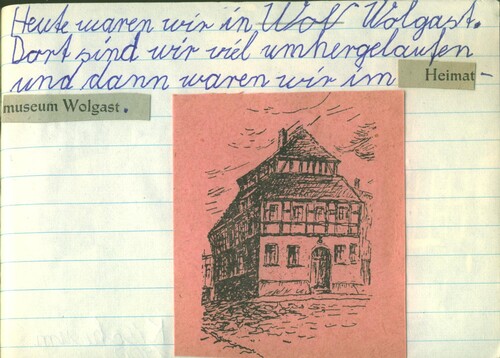 Today we've been in Wolgast. There we walked around and then visited the museum of local history.

Local history museums were quite common in the GDR. Every small tow had it's own little museum. Usually they just had a handful of rooms with a few models of how the town developed in the middle ages, a few artifacts from the stone age and lot's of old farming and household utensils. Of course, the Wolgast museum being located at the sea had some ship models and fishing equipment as well.

These little museums probably also had their fair share of Socialist propaganda but I don't remember much about it. Most of them closed for financial reasons after the reunification but i probably have seen enough of them for a lifetime in my youth