7 Things you probably don't know about me 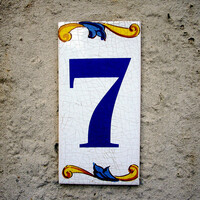 If there's any meme that's spreading faster than bunnies it's the “7 things…” meme. I've came across it multiple times during the last weeks and now it hit me.

The meme want me to tell you 7 things you don't know about me. That isn't easy. I still haven't finished my list of 100 things, yet.

Okay, I'll try to come up with seven new things here and then will add them to the big list as well.

Phew. You wouldn't believe how long it took me to come up with those 7 little snippets.

Now what are the rules again?

Hmm… I have a better idea. I tag my 171 identi.ca subscribers. Maybe there are 7 left who haven't seen this meme, yet.