Found on the Web

This weekend I discovered some things that are worth to be shared in their own blog entry. Some videos and a new free game.

Let's start with the videos.

I came across the “Vice Guide to North Korea” on Youtube, but you can watch it directly at VBS.tv in much better quality. This is a documentation about North Korea but it's not a journalistic detached thing, but a very subjective experience by the producer Shane Smith.

I had seen many of the absurdities of the North Korean tourist program shown here before. But this is so fascinating and surreal… I really recommend it for a lot of WTF moments. 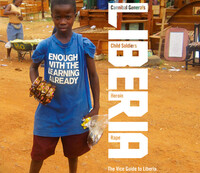 And what I saw here, left me speechless. North Korea might be absurd, surreal and inhumane, but what Shane Smith steps into in Liberia is very far from any civilization and I often was surprised he even survived it.

To finish this post on a lighter note, I'll close with a game I discovered this weekend: “Desktop Dungeons”.

Desktop Dungeons is described as a micro rouguelike. Basically it's a dungeon crawler similiar to Rogue or Nethack. But unlike in these games, a round of Desktop Dungeons is played in a single dungeon (no steps up or down) and takes between 15 and 30 minutes usually.

The game has the usual dungeon crawler features like magic, fighting, leveling up, parying to gods and buffing your stats. But everything is pretty basic and there is no guesswork. You always know if you can beat an enemy or not and most importantly, monsters don't move. This may seem strange, but it makes this game very unique.

Health and Mana is restored by exploring undiscovered parts of the dungeon. Since the dungeon size is fixed, there's only so much to discover. This means a game ultimately is won if you can level up fast enough to beat the level boss before resources to heal yourself run out. Basically it's a complex dungeon puzzle

Check out the video below if you're still confused.

Desktop Dungeons can be downloaded for free for Windows and Mac. The Windows version runs well enough in Wine.