We bought a House

We bought a house. 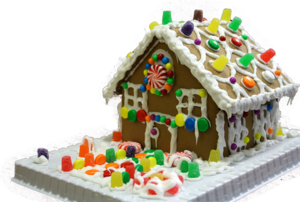 I'm a city boy. I grew up in Berlin. Always in a rented apartment. My parents had a garden house a little outside of Berlin. I spent many summer weekends and holidays there. It was nice enough, though I remember it being boring sometimes with my friends not living there. And as a weekender I never really made friends with the local kids.

Anyway, a house was never really on my plan for the future. Not that I ever had one.

But Kaddi grew up in a house in a village. I think owning a house was always her idea of what being a grownup meant.

I liked the idea of owing a place. Something where working on it meant that it would be permanent. Not something that had to be minimally invasive to the property. Something that could easily be removed when you ultimately had to move out. So I could see that advantage of home ownership.

And then of course there's the rent argument. Do I really want to pay rent forever? With rents rising faster every year in Berlin? How would I afford a Friedrichshain rent with my pension?

So for the last few years we were looking on and off1) for a house close or within Berlin city limits. Something close to public transport. Something we could afford. Which is far from easy given the above restrictions.

But it happened. We found a house. It's an old house. It has history 2). It needs some things done, but it's not a complete dump. It is a bit smaller than our current apartment, but that was stupidly large anyway. Of course you always manage to fill the space you have eventually. So downsizing will be hard.

It is within city limits. It's close to public transit. It takes about an hour to the office but that isn't unusual in Berlin. It's a cute little house with a garden.

And we should be able to afford it. At least that's what the bank tells us. It's still scary as fuck. I've never been in debt3). Now we owe so much that it will take us 15 to 20 years to pay it back. It shouldn't be a problem. If nothing happens. If.

I'm not a gambling man. This feels like a bet. A 15 year bet, that things will work out okay.

We bought a house. The scary part is done. Time to focus on the next steps.

First we need to get all important renovation work done. Find contractors. Have them fix the worst problems. The drain pipe, the roof isolation, the electrical wires. Then renovate, quit the apartment, move.

These will be busy, exhausting months. But I am looking forward to make it our own place.

There's a cellar waiting to be turned into our first proper workshop. Enough space to own a table saw, maybe a laser cutter some day? And there's a garden to actually grow stuff we can eat. Build raised beds. Feed the bees. And we will finally have wired Ethernet in all the rooms, no more reliance on shitty PowerLan or crowded WiFi airspace.

And then sit outside in the evenings, have a beer and listen to the birds. Have a barbecue whenever we feel like it.

I think this will be good.