2 years ago I blogged about…

I spent the weekend in the workshop doing “wood” working. Wood in quotes because it was mostly MDF, but that' what I had available and what made sense for the job.

First I finally partitioned off all of the house tech from the workshop. The fuse box, network rack and heater are now behind removable wall panels. Which will hopefully protect them from the saw dust.

The panels are a super simple construction. A wooden frame with 3mm coated MDF glued and stapled to it. For the latter I used my new compressor and nail gun. Awesome and terrifying. The panels are hung from the ceiling using wooden dowels. 3D printed handles make it easier to grab and remove a panel. 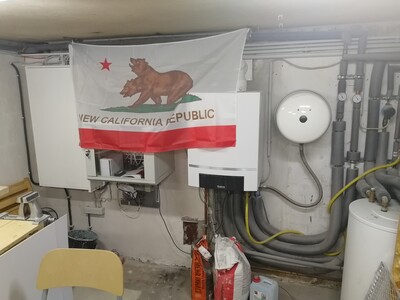 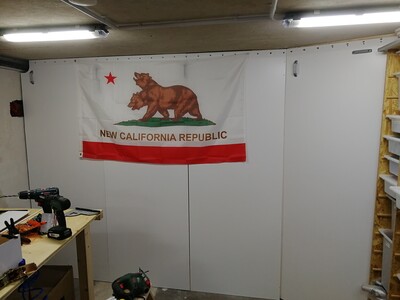 Because I had some MDF cut-offs, I decided to make some boxes for organizing our pantry. Our shelves are 120x30cm, so I created 30x30x15 and 15x30x10 boxes. This way they can easily be recombined in different arrangements.

I started a construction where I used some square rods for the corners for stability. But later decided that just gluing the 45° chamfers should be enough. The boxes replace simple Amazon cardboard boxes, so 3mm MDF should be strong enough. We'll see. I will probably add a couple more later, but I ran out of material. 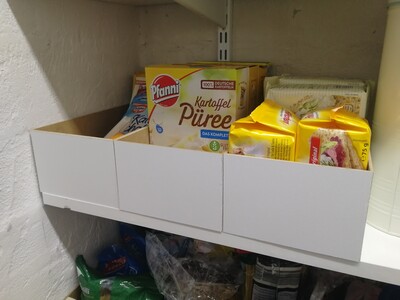 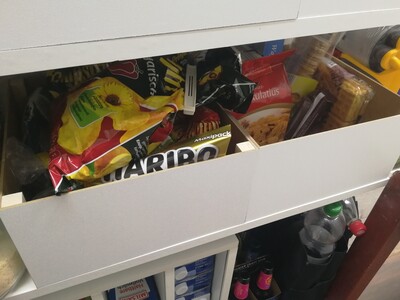 And while I was reorganizing the pantry, I decided to build a FIFO system for our milk and coffee. We like to always have a decent amount of both1). However we want to make sure to use them up in the order of expiration.

The sorter I built, allows us to pull out a box at the bottom and fill it up at the top. It's a lot beefier than it would need to be, but the 16mm MDF shelf boards was what I still had around. 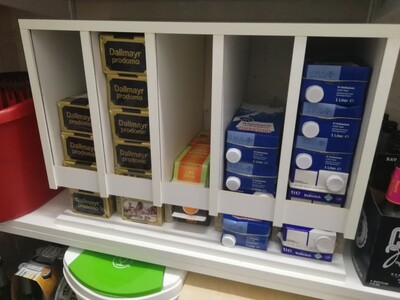 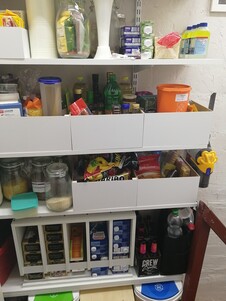 It's all rather simple constructions, but it works and was fun to make.