5 weeks ago I blogged about…

Fitting with the Easter theme, I worked on a few things in my workshop to spend less time searching and making finding easier.

Most of my hand tools were stored in the IKEA Trofast shelving system I built a very long time ago. It worked, but it violated the First Order Retrievability principle. Digging through a drawer each time you need a wrench or screwdriver gets annoying.

A while ago, I had already installed a simple door in front of the lesser used Trofast drawers and used that door as a tool wall for my absolutely most used tools: 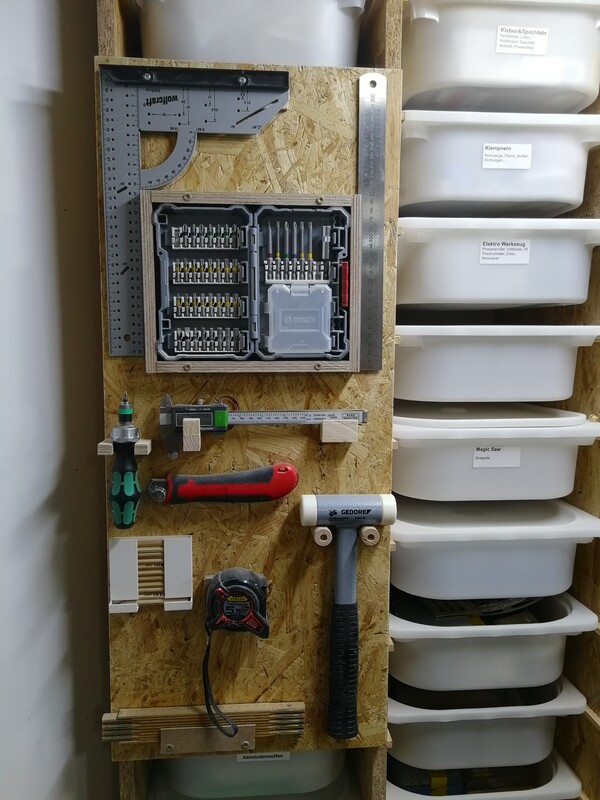 This worked so well, that I wanted something similar for more of my hand tools. Inspired by a video by April Wilkerson I decided to replace a few of the Trofast boxes with vertical slide-out tool walls.

My version is made from OSB and hangs from some heavy duty drawer slides. Magnetic toolholders are used for a majority of the tools, with a few hooks and screws for additional hanging. In the center I have shelves, that currently hold a few specialty screwdriver sets. The shelves can easily be moved, in case I want to use the space differently in the future. 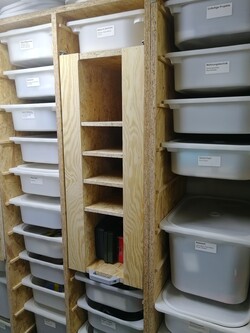 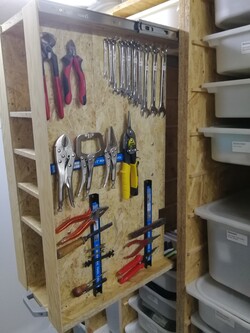 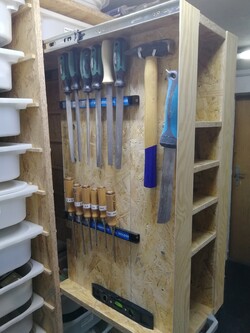 I'm quite happy with the result and will probably continue to extend and modify the whole shelving system in the future as I'm not super happy with the Trofast boxes anymore.

A second annoyance were my router bits.

I started out with a set of bits that came in a nice wooden box and that box had its dedicated place in my miter saw cart. When I got additional bits, I decided to build a second box just like it and that worked just fine.

However, over time bits got replaced, additional bits were added and in the end I never knew which bit was in which box. And thanks to Murphy's Law, it was always the other one. 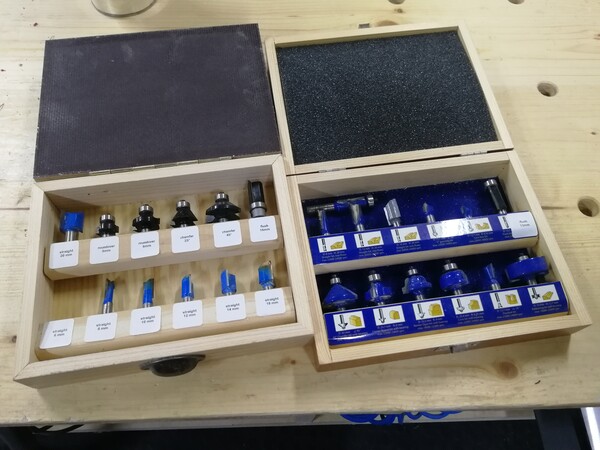 The solution was simple. Replace the two boxes with one larger one. I used a whole bunch of scrap wood to make a thick base, drilled a lot of holes and added some walls. Reusing the lid of my old box finished the project. For labeling I decided to use a simple matrix and a spreadsheet. 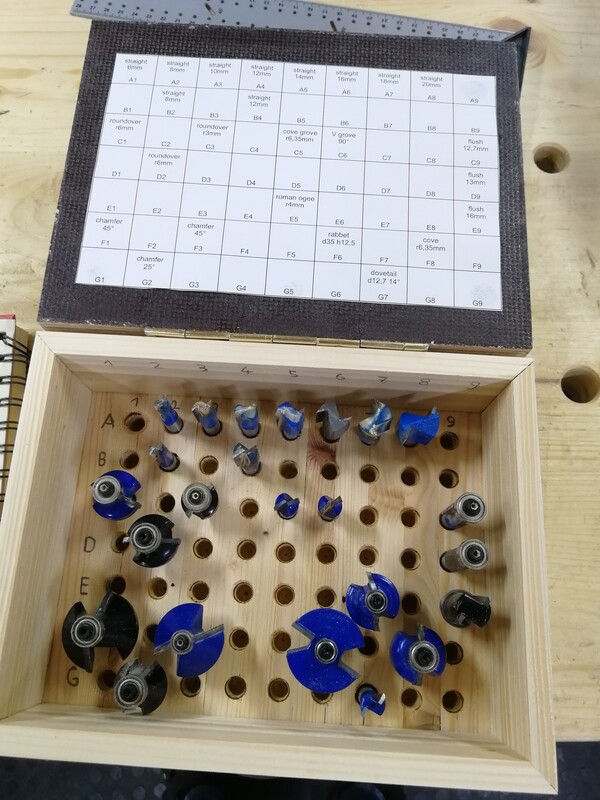