20 months ago I blogged about… 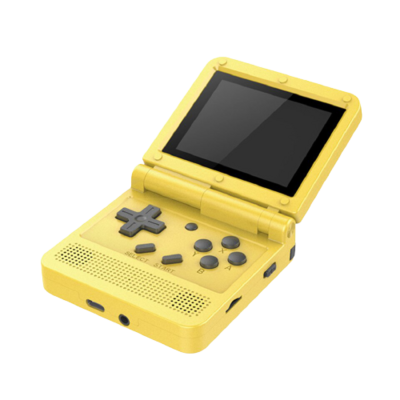 TL;DR: I bought a cheap but awesome retro gaming device, but had to start the article with a long trip down memory lane, because this is my blog and I can do what I want here.

I remember visiting a big department store in what we still referred to as “West-Berlin” with my dad. I believe it must have been in the winter of 1990/91. The Nintendo Gameboy had been released in the autumn and it was the toy department where I encountered one for the very first time…

There was a display stand where you could actually try it. And while my father went to do whatever he came for, I played Tetris for what felt like half an eternity. In reality it was probably half an hour at most. But it totally made me forget time and space. It was a wonderful experience.

I don't think that back then I even considered that I could own such a device. It had just been a happy coincidence that I could spend that half hour with it.

However, I know that later, after I had seen that other kids my age had their own Gameboys, I had asked my parents for one for Christmas. I also still remember my silent disappointment when they told me that they had considered it but found it to be inadequate, citing the low res monochrome display.

So in the end I never owned a Gameboy during my childhood. We weren't a console family either. We did not have a (S)NES or Sega. We also did not have one of the more popular gaming computers like the Amiga500 or the C64. The latter being massively popular among my classmates.

We were early PC adopters. Our first family computer was a fancy 286, complete with a VGA monitor, a 5.25 floppy drive and a whopping 40MB hard disk. Back then, I would have preferred a system compatible with my friend's C64. But in the end that early access to a PC was probably what made me who I am today. So I guess it worked out okay

Nevertheless, I somehow always felt like I had missed out on the experience of console gaming. That's why retro gaming, using emulators, is a fun way for me to experience a lot of classics for the very first time.

I built my own Raspberry Pi based portable console a while ago. And it's awesome for console games, especially with multiple players. But it never felt like the right form factor for Gameboy games.

So when I came across this YouTube video I was intrigued:

A capable emulation machine in a tiny form factor for under thirty bucks? I had to give it a try.

I found the PowKiddy V90 on AliExpress and ordered. I even lucked out on the delivery time. It arrived here in just 2 weeks.

This thing would have absolutely blown my mind when I was a kid, but even today I find it amazing what modern technology can do for just 30 EUR.

So far it works great. People on Reddit recommend swapping the MicroSD for a better one, because the one included is prone to fail. So I will probably do that soon. I will probably also switch to the Miyoo Custom Firmware then, because I don't expect to see any emulator updates from an anonymous Chinese vendor.

Anyway, what is your favorite Gameboy game ever?