My Roomba is over six years old by now. So far it worked flawless. I replaced the battery twice. However this Friday he refused to work and made what is known as the “Circle Dance of Death” also known as the “9 Beeps”.

The most common problem is a faulty bumper sensor. The Roomba thinks he's constantly bumping it something and tries to back up, resulting in backwards circling move until he gives up.

Diagnosing it is suprisingly easy. The Roomba has a test mode that you enter by holding the “Dock” and “Clean” buttons while pressing “Spot” six times. From there you advance through the tests by pressing the “Dock” button. The bumper test is the second test so you just press “Dock” once. Then you can push the right and left bumpers and “Dock” and “Spot” will light up accordingly.

In my case “Spot” stayed lit up all the time pointing to a faulty left bumper sensor. Again the most common fault there is a broken IR emitter diode.

To fix that you have to completely disassemble the Roomba, solder out the faulty emitter and solder a new one back in. Luckily there are good guides to follow:

I had no trouble disassembling the Roomba. I'm very impressed by how serviceable these little machines are. There's absolutely no glue involved. I wish all electronics were like this. 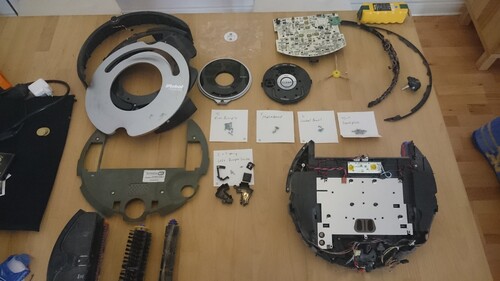 As recommended in the last document, I did replace the emitter and receiver in both sensors just to be on the safe side. I used the following parts:

After reassembling everything, the little guy passed the self diagnosis test and happily began to vacuum the bedroom 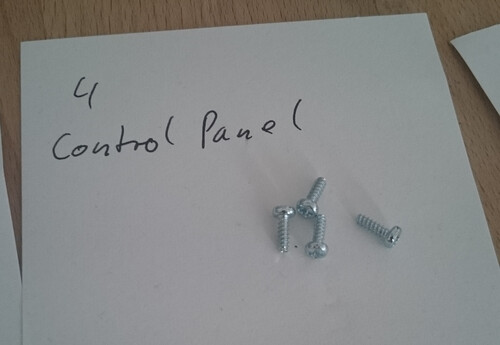 Oh well… he should be fine without those.